ATTENTION: Because of a giant leap in the evolution of Milton Ericksonian Hypnosis Training…

You Can Become That Rare “Genius Hypnotist” People Look At In Awe And Say:

There’s a man in France  (his name is Alexis Lemaire) who is a “mathlete” and is able to do something rather extraordinary with his mind.

At London’s Science Museum Alexis sat in front of a computer screen and waited for a random two-hundred-digit number to be displayed on the screen.

The number was 17-lines long.  It was a big number.

Alexis’s task was to calculate in his head the thirteenth root of that number (that is, the number that multiplied by itself thirteen times would produce the exact two-hundred-digit number on the screen).

What happened is this: 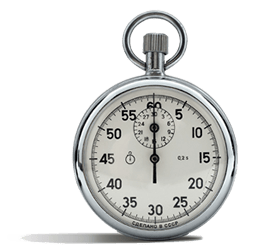 Everyone was like: “How the hell does he do that?”

Which is exactly the question people would wonder when they were hypnotized by, or saw the great Milton Erickson work.

As you probably know Milton Erickson was (and is) famed for the way he performed seeming miracles with hypnosis.

Take for example what Kay F.Thompson reported on her own personal experience with Milton Erickson.

She says (during Erickson’s Saturday afternoon demonstrations) she would position herself in the audience behind the biggest, heaviest man so she wouldn’t be seen nor hypnotized by Erickson.

Somehow or other Erickson “saw through” the man she was sitting behind and Kay would go into a state of deep hypnosis anyway.

Then there were the experiments Erickson conducted where his “test subjects” would – through covert conversational hypnosis – experience color blindness.

Then there was the funny (yet true) story of Jay Haley and John Weatlan.

Jay and John went down to Phoenix, Arizona to observe Erickson and figure out what he was doing to get such amazing results with hypnosis.

They took a tape-cassette recorder with them to record Erickson in action with the intention of getting the audio tapes transcribed.

Turns out the audio tapes never got transcribed though.

This is the funny bit…

What happened was – whenever the transcriptionists listened to the tapes of Erickson at work they would go into a DEEP trance and could no longer type.

That’s what you call powerful hypnosis!

But where Erickson really excelled (and what he became revered for) was his ability to use hypnosis in seemingly miraculous ways as a clinical hypnotherapist — helping people overcome all kinds of phobias, personal problems and even physical pain.

So… What Was Erickson’s Seemingly
Miraculous Hypnosis Secret?

Lots of people (including other hypnotists) have speculated what made Erickson’s “methods” so unique and so successful, and I’m sure there is some credence in all of them.

But I believe there is “something crucial” other people have missed or inadvertently overlooked when trying to breakdown Milton Erickson’s “methods”. 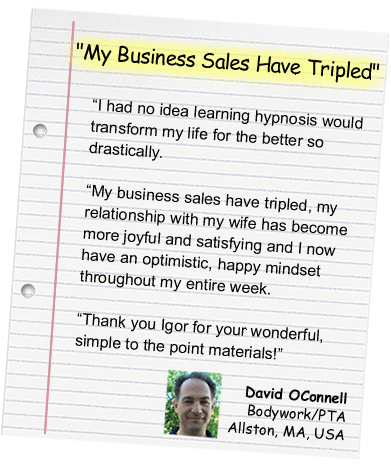 See when people talk about Milton Erickson they seem to focus in almost exclusively on trying to identify the specific techniques he was using.

Don’t get me wrong — the hypnosis techniques he used are super-important to know, no doubt about that.

Admittedly, there have also been (and are) some current hypnotists that have identified Erickson’s “gentle manner” as part of the reason why he was so successful as a clinical hypnotherapist.

And I do believe a lot can be learned from studying and emulating Erickson’s specific techniques and “gentle manner” when conducting hypnosis sessions.

However, I also believe that there is something crucial every other hypnotist has missed about Erickson’s methods and something even Erickson himself was not fully able to articulate or explain.

And funnily enough, the reason Erickson was considered a Wizard of hypnosis (or the “Mozart of Communication” as he was also often referred as) is because of the same underlying reason Alexis Lemaire can calculate the thirteenth root of a random two-hundred-digit number in his head in just over a minute.

What is that underlying reason?

The Unconscious Already
Knows The Answers To Any And
Every Problem A Person Faces!

Alexis Lamaire has trained his unconscious to just “give him” the correct mathematical answer.

Milton Erickson approached all his hypnosis sessions with the bedrock belief that every person was already perfectly normal and perfectly healthy. More than that though, Erickson viewed his subjects as the geniuses because they had inadvertently hypnotised themselves into experiencing the problem they came to him to help alleviate.

He “De-Hypnotized” The
Person From Ever Experiencing
Their Problems Again

That is why NLP (and traditional “Ericksonian Hypnosis”) have largely missed the mark on truly representing the “methods” used by Milton Erickson.

In fact, NLP — (which has become a very rigid set of “cool techniques” supposedly created from observing and studying a lot of Milton Erickson’s work)…

This is somewhat understandable considering the people now teaching NLP and “Ericksonian Hypnosis” are, for the most part, 3rd generation students of Milton Erickson’s work.

We know that to be the case because Erickson never used anything that’s termed the “Milton Method”, “NLP” or even “Ericksonian Hypnosis”!

And so what we have today from the available hypnosis & hypnotherapy training is a distorted and hazy distillation of Milton Erickson’s way of using hypnosis.

In visual terms it’s like this: nearly all current hypnosis and hypnotherapy training available based on Milton Erickson’s techniques is

Like A Pencil Sketch Of The
Ceiling Of The Cistine Chapel

As in – all the detail has been copied, but the color, “life” of the art has been lost in translation.

So that’s where we are.

That’s as close as we can get to replicating and emulating Milton Erickson’s amazing feats with hypnosis.

Because by approaching studying Milton Erickson’s work from the viewpoint Erickson himself observed patients — (i.e. that patients are geniuses for hypnotizing themselves into believing they have a problem to be cured or alleviated) — I have been able to put together a program that:

And (This Is Important)…

Takes you beyond the surface-level of Erickson’s techniques to a place where no other Ericksonian Hypnosis training program on the market takes you to… which is… right into the true essence of Milton Erickson’s brilliance.

The “true essence” being the life force behind (or more correctly, fuelling) the techniques Erickson used.

To Do The Seemingly “Impossible”
With Hypnosis

It will enable you to do the seemingly “impossible” with hypnosis too.

In fact: it will enable you to be that rare kind of hypnotist people look at and go: “How the hell did they do that?”

To become that kind of revered hypnotist you have to go beyond techniques.  You have to bring out the Erickson-style life-forcethat exists (in a unique way to you) within your own heart.

And when you set your own life-force free and imbue your own hypnosis work with it there’s no reason at all why you cannot emulate and even surpass some of the amazing feats of hypnosis and personal change work that marks out Erickson as a genius of hypnosis.

The Advanced Ericksonian Hypnosis program is, in a way, a culmination of 15 years of studying Erickson’s work, and it’s an exploration of all the intricacies and nuances of Erickson’s most powerful techniques and approaches as well as a journey into the “true essence” of Erickson’s work that gave all the techniques their seemingly miraculous effects.

Altogether, because of the beyond-technique approach to the Advanced Ericksonian Hypnosis program, it represents…

A Giant Leap In Evolution
In The Training Of
Ericksonian Hypnosis

In fact, I was recently asked what is the main reason why the training in my Advanced Ericksonian Hypnosis program is better than all the other trainings on the market.

Here is my unedited email reply:

There are some great Ericksonian hypnotists out there.

Unfortunately MOST (not all) of them were direct students of Milton Erickson.

That means they are now starting to retire and pass away.

Even the direct students of Erickson that still teach – most teach the content in a way that that others can’t replicate because they haven’t fully broken down how Milton Erickson unconsciously taught them.

So slowly this skill will die off as we “devolve” over the generations.

My training is simple to understand and to do.

It’s built up using (what is now my infamous) style of systematic progression of skills so that practically anyone can get the results.

Finally – virtually anyone that applies the methods as stated will end up getting results that many hypnotists are unable to.

The proof of this pudding is especially in Deep Trance Phenomena – something Erickson used routinely in his therapy.

Most Ericksonians I know don’t know how to do this.

They HOPE for results, but they cannot target them.

You will learn how to get virtually any Deep Trance Phenomenon in a session and how to use it therapeutically (the way Erickson did).

Most Ericksonian trainings stop with the famous “Arm Levitation” and do not progress beyond that.

They disguise this by misapplying a technique
called “covering all possibilities”: ‘Maybe you’ll have phenomenon X, maybe it will be Y or maybe you won’t have one at all…’

When used wisely this manoeuvre is very powerful.

When used as a crutch it stops you getting past a surface level of the unconscious mind, because it’s obvious that you are “copping out” before you have achieved something valuable.

I hope this helps to answer the question as to why this Advanced Ericksonian Hypnosis program is better than any other ericksonian training.

All in all, that’s why I would prefer that only people dedicated to the craft of hypnosis & hypnotherapy attempt to get the Advanced Ericksonian Hypnosis program.

To help you decide if you have the kind of dedication to be the best hypnotist you can be… here are just a few (of the many) advanced hypnosis secrets you will be able to use:

And the best thing is…

You Do NOT Need To Have Any Previous Hypnotic Experience

Here is why that is true:

By going through the Advanced Ericksonian Hypnosis program you will discover that every “failure” in your current hypnosis skills, and in your subject’s response to you, is actually a “doorway” to achieving resolution of their problem (be it a trauma, a phobia, addiction or even physical pain).

With the Advanced Ericksonian Hypnosis program you will never experience so-called failure in your hypnosis abilities ever again.

That’s what awaits you when you have the NEW Advanced Ericksonian Hypnosis program.

Because of that the Advanced Ericksonian Hypnosis program is ideally suited to you if:

You are or want to be a hypnotist of the highest order – able to produce Erickson-like resolutions in people who have phobias, fears, addictions and even physical distress.

If you ever want to have “top drawer” hypnosis skills that will set you apart from anybody else you know.
With that said, if you sense there’s a part of you that wants to express your hypnosis skills Milton Erickson style — so you get the kind of results Erickson did…then the Advanced Ericksonian Hypnosis program is for you.

Even though people invested up to $2,995 (plus travel and hotel expenses) to attend my Advanced Ericksonian Hypnosis Live Training — YOU won’t have to invest anywhere near that.

If you click on the “Add to Cart!” button below, and do so today – while the investment is relatively low… you can get the Advanced Ericksonian Hypnosis program for $2995 just 4 simple monthly installments of only $197.